IT Automation Without Boundaries

Are You Ready for the IoT?

The Internet of Things (IoT) is already big and it's growing at an exponential rate. Today, the leading analysts and experts are talking about billions of connected devices with tens of billions more expected in the next five years alone. But there are still a lot of questions around what exactly the IoT is, and how businesses will need to adapt the changes it's bringing.

What is the IoT?
The IoT has been around longer than many people realize and has been impacting everyday life for decades. From the time you wake up and switch on the TV to check the weather, to later at night when you check your mobile banking app to see if your paycheck was deposited, the IoT is already a part of your life without you even noticing it. Many of the IoT’s influences in daily life are not detectable or recognized by the everyday technology user, but the impact that the IoT will have on daily life in the coming years will be monumental. 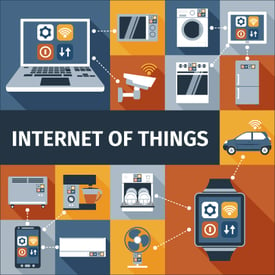 The IoT is thought of by many as the Internet of Everything. It refers to the billions of people and devices interconnected with each other, whether the connected relationships are between two people, two technological devices, or people and technology. Gartner research expects the amount of connected things to skyrocket from 3.9 billion in 2014 to 25 billion in 2020. This research, although shocking, is hardly unbelievable because the evidence is right in front of us: today’s business culture promotes a dependency upon the Internet of Things, and with the developments of the future, that dependency will grow exponentially.

This ever growing dependency begs the question: if Gartner research is true and there are 25 billion connections in less than 5 years, how will organizations deal with the overwhelming amount of data coming from all these connected devices and things?

The answer is IT automation. When you think of automation, you may think of IT and business processes, but now it will be incorporated into the everyday lives of all types of people. With automation, businesses will be able to collect the data from various devices, and pass it between each device while simultaneously analyzing it. Automation performs the necessary back-end processes that allow for the connections between people, between devices, and between people and their devices, to exist.

IT Automation capabilities such as real-time analytics and rules-based automation allow systems to work properly, and consequently lead to more efficient IoT processes. Consolidating your connections with automation will increase efficiency and reduce the impending complexity you will face with the coming growth and development of the IoT.

Learn more about how you can unlock the potential of IoT with automation in our new White Paper: 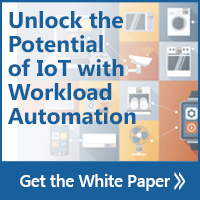 Gartner's IT Automation Predictions for 2019

Is IT lagging behind surging workloads and evolving business needs?

There's a solution for that.

Let Us Know What You Thought about this Post.

IT touches every aspect of the business, meaning a disruption to IT services can quickly impact day-to-day operations. T...

Gartner expects digital transformations to take twice as long and cost twice as much as projected over the next year. We...

Low-Code IT Automation: The Path to Unified Orchestration

IT has a lot on its plate and demands are only increasing. Complex scripts tie together disparate systems – some systems...

Working on something extraordinary? Get the mundane out of the way with intelligent IT automation.

ABOUT THE IT AUTOMATION BLOG